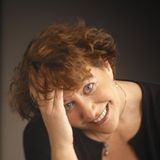 READING GROUP DISCUSSION QUESTIONS
1. When the makers of the 1966 remake of Stagecoach threatened to "vigorously" prosecute the exhibition of the 1939 original, Pauline Kael wrote: "Surely the public should have the right to see the old as well as the new? And not just for its own sake but because that's how we learn about art. How else do we develop a critical sense about new novels, new paintings, new music, new poetry? If the old is legally retired, we become barbarians (movie barbarians, at least) without a past." How does the reading of films' literary sources help develop a "critical sense"?

2. Harvey Pekar has said that he "wants to write literature that pushes people into their lives rather than helping them escape." Yet, although he is an accomplished essayist, he doesn't write literature in the traditional form of short stories and novels. What can be done in a graphic story that can't be done in a traditional short story? Why would he choose a form (comics) that has been a bastion of escapism?

3. Jonathon Nolan's "Memento Mori," Philip K. Dick's "Minority Report," Julio Cortazar's "Blow-Up," and Ryunosuke Akutagawa's "In a Grove" are all concerned with the question "What is reality?" To what extent does the form of each of these stories support this theme?

4. "The Fly," "Herbert West-Reanimator," and "Spurs" are all relatively tame by today's standards. Has the propensity for gore in horror films made the reading of these horror stories anticlimactic? And if so, how do you explain the cult status of H.P. Lovecraft?

5. Mary Orr's name does not appear in the credits for All About Eve because screen credit was not stipulated in the contract when her story was purchased. For the most part, savvy lawyers prevent oversights like this from happening today, but many writers who receive screen credit still felt slighted or overshadowed by film adaptations of their work. Should the author just "take the money and run" as Hemingway once advised? Or should the motion picture industry make more of an effort to acknowledge their literary sources? (Does the definition of plagiarism taught in schools-the use of another's ideas without acknowledgment and/or extensive use of another's idea with only minimal acknowledgment-change the way you think about this?)

6. Mary O'Hara, author of "My Friend Flicka," deliberately tried to straddle the line between commercial and literary fiction. Today there is little market for this kind of short story for adults. Should there be?

7. Ryunosuke Akutagawa "borrowed" the structure for "In a Grove" from a poem by Robert Browning called "The Ring and the Book." This tendency to borrow has harmed Akutagawa's reputation, particularly in Japan. Should it have?

8. John Cheever ("The Swimmer") once said that "falsehood is a critical element in fiction. Part of the thrill of being told a story is the chance of being hoodwinked or taken. … The telling of lies is a sort of sleight-of-hand that displays our deepest feelings about life." On the other hand, Ernest Hemingway ("The Killers") once said "It is not unnatural that the best writers are liars: A major part of their trade is to lie or invent and they will lie when they are drunk, or to themselves, or to strangers. They often lie unconsciously and then remember their lies with deep remorse. If they knew all other writers were liars too it would cheer them.... Lying to themselves is harmful but this is cleansed away by the writing of a true book which in its invention is truer than any true thing that ever happened." Do Cheever and Hemingway agree or disagree about the role of fiction?

9. Film and Story: Robert Stone, speaking of Frank Rooney's story "Cyclists' Raid" and its adaptation, The Wild One, said, "American came to understand that some new rough beast had slouched out of California." Rooney's story was inspired by an article and photograph in Life, but as it turns out, the infamous incident in Hollister, California, was exaggerated, and the photograph staged. To what extent did the serial translations of this event-from article to story to film-create this "new rough beast"?

10. Film and Story: Independent film and the contemporary short story have had a long and healthy association, partly because of their uncompromising natures. Still, when "Jerry and Molly and Sam" was brought to the screen in the form of a storyline in Robert Altman's film, Short Cuts, the ending was changed. Why do you think this is? Was it necessary? What other significant changes were made?

11. Film and Story: F. Scott Fitzgerald's classic story "Babylon Revisited" was made into a considerably weaker film called The Last Time I Saw Paris. Fitzgerald himself struggled with how to adapt this story, and his screenplay-which was never filmed-added murder and insurance fraud to the mix. Do you think a more faithful film could be made now? How important is faithfulness in this case? If you had trouble with the happy ending, does it help to know that Fitzgerald's screenplay also had a happy ending?

12. Film and Story: The editor suggests that "The Swimmer" serves as an example of an almost unadaptable story, because it relies on John Cheever's ability to "trick" the reader. How successful do you think the film was in overcoming this hurdle?

13. Film and Story: In a speech at the 2004 National Book Awards, Rick Moody cited language and imagination as two essential ingredients to good fiction. Language, however, is one element that isn't easily translated into film terms. "Shoeless Joe Jackson Comes to Iowa" and "Blow-Up" both use language to convey meaning; yet both adaptations are considered successful ones. How have the filmmakers done this?